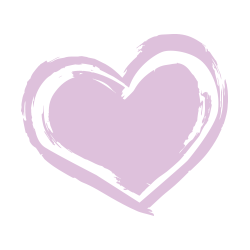 Study to Determine the Safety, Tolerability, Pharmacokinetics and RP2D of an Active Drug as a Single Agent and in Combination With an Active Drug in Subjects With Locally Advanced or Metastatic Solid Tumors

Would you like to know more about this trial?

- For Dose Escalation only: Participants with an advanced solid tumor who are considered
refractory to or intolerant of all existing therapy(ies) known to provide a clinical
benefit for their condition. Additionally, participants who have been offered standard
therapies and refused, or who are considered ineligible for standard therapies, may be
eligible for this study on a case-by-case basis, after discussion with and agreement
from the sponsor. Participants with triple-negative breast cancer (TNBC), pancreatic
adenocarcinoma, urothelial cancer, Hepatocellular carcinoma (HCC), or Head and neck
squamous cell carcinoma (HNSCC) who are being considered for the dose escalation
cohorts must also meet the histology specific eligibility criteria described below for
dose expansion

- For Dose Expansion only participants must meet criteria specific to the type of
cancer:

- TNBC - Female or male participants with confirmed breast adenocarcinoma that is
ER-negative, PR-negative, and HER2-negative, (as defined per American Society of
Clinical Oncology [ASCO]/College of American Pathology [CAP] guidelines), who
must have disease progression during or after at least 1 systemic therapy that
included a taxane in the metastatic or recurrent setting.

- Pancreatic adenocarcinoma and have disease progression during or after 1 systemic
therapy (gemcitabine monotherapy or in combination with other agents, FOLFIRINOX
[or another regimen including both 5-fluorouracil and oxaliplatin], capecitabine
monotherapy or in combination with other agents) administered in the adjuvant,
locally advanced, or metastatic setting. If the therapy was used in an adjuvant
setting, disease progression must have occurred within 6 months of completing
adjuvant therapy.

- Urothelial cancer of the bladder and urinary tract and must have progressed
following treatment with a platinum-based regimen (administered in any line of
therapy) and a programmed death 1/programmed death ligand 1 (PD1/PDL1) antagonist
administered in the recurrent or metastatic setting (progression following a
PD1/PDL1 antagonist is defined as unequivocal progression on or within 3 months
of the last dose of anti-PD1 or anti-PDL1 therapy).

- HCC and must have disease progression during or after 1 prior line of systemic
therapy.

- HNSCC (arising from the oral cavity, oropharynx, hypopharynx, or larynx) and must
have progressed following treatment with platinum-based regimen (administered in
any line of therapy) and a PD1/PDL1 antagonist administered in the recurrent or
metastatic setting (progression following a PD1/PDL1 antagonist is defined as
unequivocal progression on or within 3 months of the last dose of anti-PD1 or
anti-PDL1 therapy).

- CRC participants with microsatellite stable or mismatch repair proficient
colorectal adenocarcinoma (as determined by PCR/NGS or IHC, respectively) who
have received 1-2 prior chemotherapy regimens and who have refused or are
ineligible for other approved therapies.

- Participant has an Eastern Cooperative Oncology Group (ECOG) Performance Status of 0
to 1.

- Must have a viral status consistent with the requirements described in the protocol
specific to type of cancer and stage of study (Dose Escalation or Dose Expansion).

- For Dose Expansion only: Participants (except for participants with urothelial cancer
or HNSCC) who have had prior exposure to immunotherapies as listed in the protocol.

- Has received anticancer therapy including chemotherapy, immunotherapy, radiation
therapy, biologic, herbal therapy, or any investigational therapy within a period of 5
half-lives or 28 days (whichever is shorter), prior to the first dose of the study
drug.

- Participant has unresolved AEs > Grade 1 from prior anticancer therapy except for
alopecia.

- Has a known uncontrolled metastases to the central nervous system (with certain
exceptions).

- Current or prior use of immunosuppressive medication within 14 days prior to the first
dose of the study drug.

- Live vaccine administration <= 28 days prior to the first dose of study drug.

All the cities where the clinical studies are located

Would you like to know more about this trial?

More information about this study

You are about to leave an AbbVie Canada site, a Web site maintained by AbbVie Corporation.

This link is provided for your convenience only. AbbVie Corporation takes no responsibility for the content of any Web site maintained by any third party and makes no representation as to the accuracy or completeness of any information contained on this or any subsequent link.

Do you wish to leave this site?